Over 100 years and counting…

The 7th Bristol Scout Group is steeped in history, being one of the oldest Groups in the country (and world) with a continuous period of scouting for over 100 years – even during wartimes.Today the Group is a member of the Cabot District and attracts young people mainly from Clifton, Clifton Wood and Hotwells. There are roughly 50 young people and adults in the Group.

We are extremely fortunate to have an archive of letters, photographs and other documents from which we have produced this summary of our history. 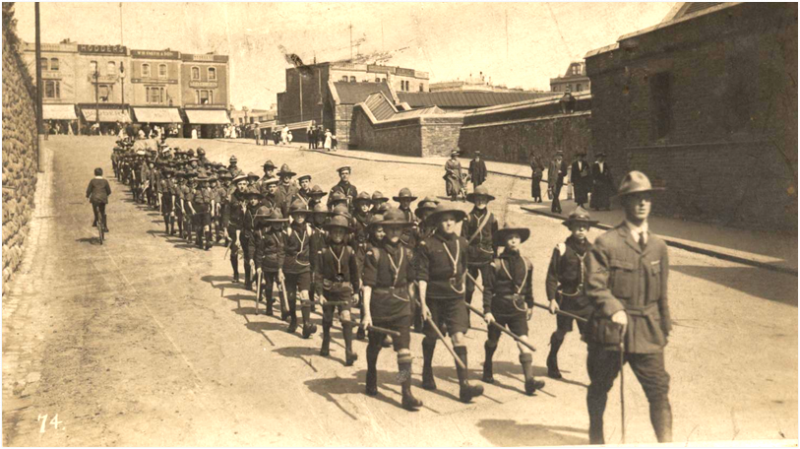 Baden Powell started the Scouting movement in 1908. The 7th Bristol (Christchurch Clifton) Group was setup the following year in 1909 by Mr Reginald Pavey, Master at Clifton College, with members from boys of the cricket club he started (in 1902) at Christchurch School in Princess Victoria Street (now known as Clifton Village Library). 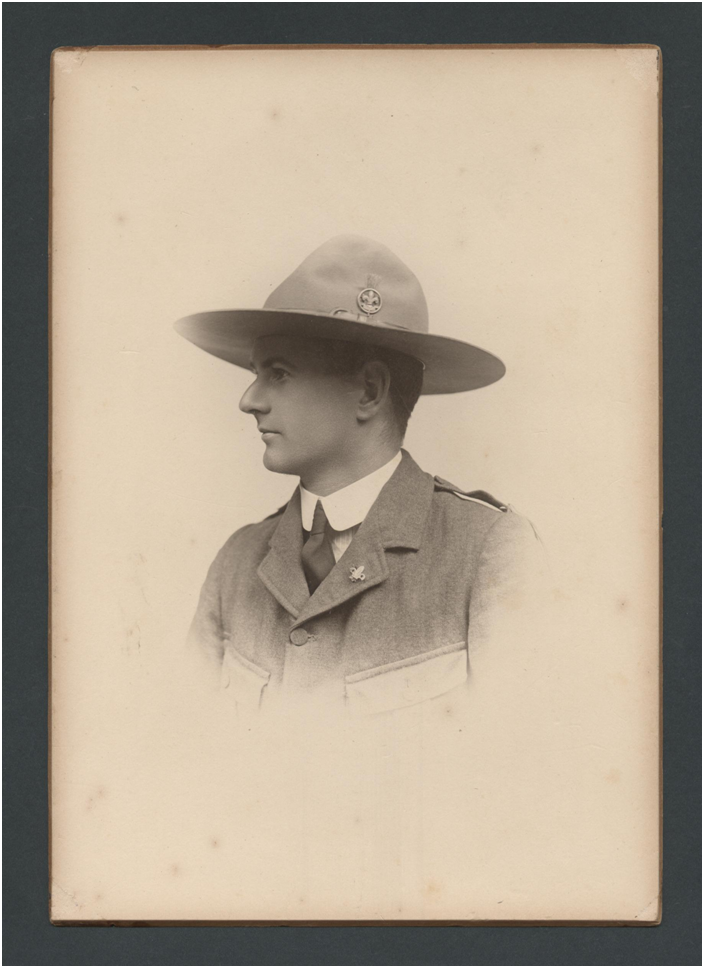 The first meeting of the 7th Scout Troop was held with around 30 cricket club boys in the cellars in Canynge Square, they progressed to stables at the rear of Vyvyan Terrace:

7th Bristol Headquarters at the rear of Vyvyan Terrace in 1909

Our Group was the very first in Bristol. However, they were so busy Scouting that they did not officially register until 1911, hence our Group is known as “7th Bristol” and not “1st”!

In 1902 I had a Sunday School Class in Christ Church and to interest the boys during the week I started cricket on the Downs. The class was not large enough to supply enough boys to form an eleven and I asked the Vicar, (T.C. Chapman), if there was a cricket club at the Day School. He did not know, but suggested that I visited the school with him and asked the Head Master. The Head Master (E.G. Murdock) said that there was a cricket team and that the school was entered in the League, but there was no-one to organise it. He suggested that I might help. From that time I had a welcome whenever I went into the school.

The boys were keen and I soon had a practice game organised and improved in the matches with other schools. During the winter we played football or hockey. The boys used to come to the house (in Canynge Square) in the evenings and I turned the cellars beneath the kitchen into a workshop and play room.

Alfred Chivers was one of the boys and one evening he asked me if I would help his brother Albert, and Arnold Boxwell, both old Christ Church School boys, run their football club which had been started some few years previously by the Minister of a Chapel in Clifton Wood, but who had left Bristol leaving the club stranded. This I did and so began my connection with Clifton St. Vincent’s A.F.C. which has lasted ever since. This continued for a few years when I went up to Oxford.

1n 1908 Mrs Payne, the mother of one of the boys, asked me to start Scouts. Troops were being formed all over the country and I should have agreed, but as I was away at Oxford during most of the year I thought it wiser to wait. My rooms at Queens College were looked after by a man named Steel, who was most enthusiastic about Scouts, because Eric Walker had occupied my rooms before me and was a keen scout and was then private secretary to Baden Powell.

Steel offered to get me in touch with Walker and I saw him whenever he came to Oxford. The last time we met was when he was in his way to Taunton to present a ‘Silver Wolf’ to a Somerset Scout and he spent the night at our house in Victoria Square and in the evening he came to our Headquarters and showed the troop a variety of knots including the ‘thieves knot’, which they all declared was a ’reef’ except Harvey Ricketts. We all heard of him when he met the Queen in East Africa and told her of the King’s death. (George VI).

Christ Church boys frequently came to our house and we had many walks together when we discussed scouting. In the Easter holidays of 1909 we had a long walk around Ashton Court and it was then we decided to start a troop.

Cyril Rapps and a few other old scouts will remember that walk. Mr Murdock gave it every support and over thirty boys joined. We were given permission to use the school for meetings in the evenings. Only members of the school were allowed to join. The name should have been Christ Church School Troop, and I never had any support from the Parish, but intense opposition, as it was thought that the 26th Boys Brigade might suffer. My friend Harvey Savory helped me at the start and as so many boys, chiefly St. Pauls, Clifton choir boys wished to join, Savory suggested that he would run a separate patrol with black scarves. This plan did not work well and we agreed to join forces, still calling the troop ‘Christ Church’, but adopted the black scarf. Until then each patrol had a different coloured scarf and we were the first troop to make this change.

Over sixty years have passed since then and I am only a few weeks short of ninety, but I shall always remember the happy days I spent with Christ Church School and later the 7th Bristol.

Without the co-operation of my sisters at the start I could have done nothing. The eldest was Chief Ambulance Examiner for all Bristol and another gave me practical help in running the troop. They were the first ladies in Clifton to take up Scouting.

I am most grateful to all those who took over the reins when we retired in 1927, without them there would be no 7th Bristol today.

In 1911 Mr Pavey also formed a junior Troop called Colts. They wore the same uniforms as the Scouts, but had different badges; the name was subsequently changed when Baden Powell started Wolf Cubs.

7th Bristol was the first Group in Bristol…

In 1999 former scout Peter Wadey wrote a collection of his memories, together with many photographs, from his time with 7th Bristol as a scouter and leader. He updated this in 2009 with further notes and photographs. We are extremely grateful to Peter for the time he invested in recording his memories to preserve this for future generations.